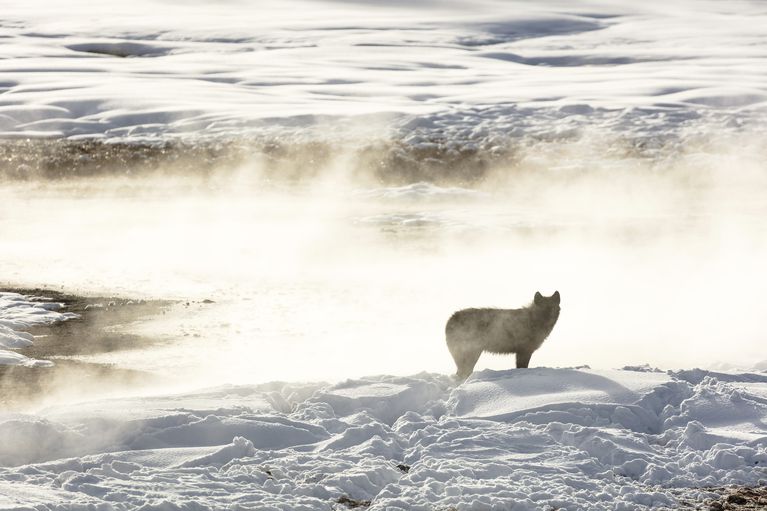 Here’s where you can find the most recent news and information about the world of wolves.

“In a heart-breaking end to an epic journey, California’s most intrepid wolf was found dead earlier this month near Interstate 5 in Kern County, state wildlife officials announced Wednesday, killed by traffic. He had roamed deeper into the Golden State than any wolf in a century. The carcass of the gray wolf, a young male named OR-93, was spotted by a truck driver on the edge of a Tejon Pass mountain town, east of Santa Barbara, according to the California Department of Fish and Wildlife. Born in the eastern Cascades of northern Oregon, the wolf set off last January on a lonesome journey into California, then across 18 counties, traveling more than 1,000 miles, averaging 16 miles per day. He was last reported in Ventura County in October, where wolves hadn’t been spotted since the 1920s.”

By the Washington Department of Fish and Wildlife
December 13, 2021

By the Center for Biological Diversity
December 9, 2021

Update for area of new wolf activity in Columbia County

By the Washington Department of Fish and Wildlife
December 9, 2021

Conservation groups react to the news of poisoned Oregon wolves

Something Wild: OR-93’s sad end is not the end of wolves in Southern California

The Wolf that Roamed to Southern California

Next WI Wolf Hunt Blocked for Remainder of Season

By the Bozeman Daily Chronicle
December 18, 2021

By The Lewiston Tribune
December 3, 2021

In restoring gray wolves to Colorado, big decisions lie ahead for wildlife planners

Photo of OR10 by ODFW

The emotional lives of wolves: Biologist Rick McIntyre uses anthropomorphism to tell the story of his subjects.

Carnivores avoid rush hour by taking to roads at night

Using Wolves as First Responders Against a Deadly Brain Disease